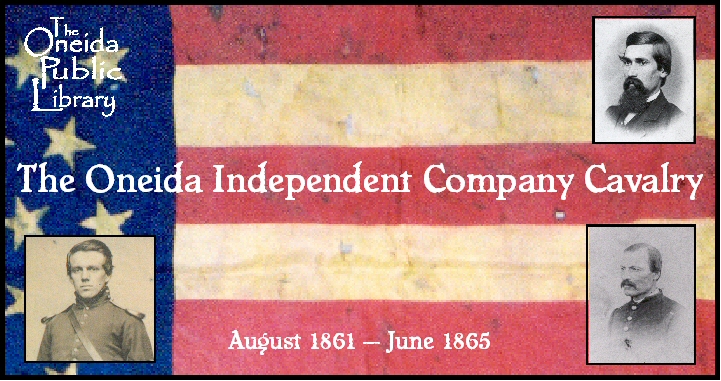 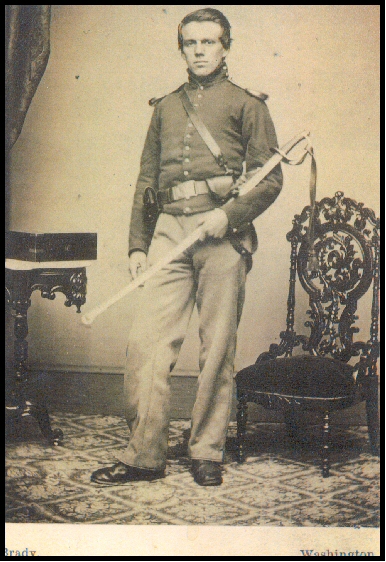 Henry J. Howe, who was born and raised in Otisco, New York, served in the Oneida Independent Company, Cavalry, from September 4, 1861 until September 14, 1864.

When he enlisted on August 24, 1861, in Capt. Mann’s Cavalry Company, he was 21 years old, and he had been working out of the Village of Oneida as an itinerant tinker, traveling around the rural sections to repair clocks.

As a member of the Oneida Cavalry, Howe served as a courier and orderly for every commanding general of the Union Army of the Potomac. He also served as one of the general’s bodyguards. Though he was originally elected a sergeant by his fellow cavalrymen on the day the Oneida Cavalry was mustered into service (September 4, 1861), he resigned on February 8, 1862 and became a private.

Howe was active during the entire Peninsula Campaign and the battles of Antietam, Chancellorsville, Gettysburg, the Mine Run Campaign, the Wilderness, the Spotsylvania Court House and Petersburg. As the letter below shows, he was present at the siege of Frederiscksburg, Virginia, in late 1862. 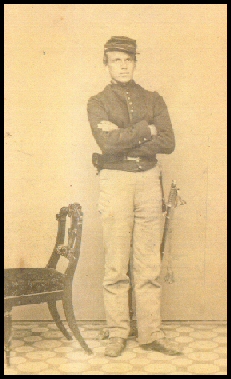 Henry J. Howe , in a similar pose, but earlier in 1861 when he had yet to receive his sergeant’s stripes and the yellow stripes down the seams of his pants, the sign of a cavalrymen. (Photo courtesy of Beverley La Forse.)

After the battle of Antietam on September 17, 1862, President Lincoln relieved General George B. McClellan as the commander of the Union Army of the Potomac and replaced him with General Ambrose E. Burnside. General Burnside planned immediately to march the army overland to the Confederate capital at Richmond. He hoped to cross the Rappahannock River at Fredericksburg before the Confederate Army under General Robert E. Lee arrived.

Burnside’s plan for quick action was thwarted, however, when the pontoon train he requested arrived late. This delay gave General Lee’s Army time to make Fredericksburg impregnable. Instead of changing plans, Burnside fatally attacked Fredericksburg on December 11, 12 and 13, 1862. After the Union forces crossed the Rappahannock River, they were fed piecemeal into frontal attacks against the Confederate Army entrenched in the hills. Over 12,000 Union soldiers became casualties during those three days. The Confederates sustained a little over 5,000 casualties.

When Henry Howe was mustered out of the Oneida Cavalry on September 14, 1864, he returned to Oneida and eventually established a jewelry store there. He moved later to Syracuse, where he had great success as a leading dealer and manufacturer of jewelry. He died in Syracuse on May 30, 1916. His wife had died previously, but he was survived by two sons, Charles H. and Edward C. Howe. 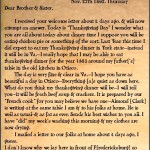 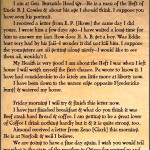 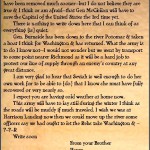 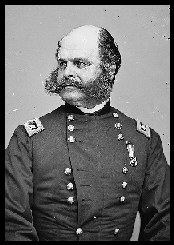 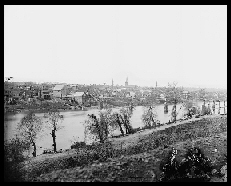 View of Fredericksburg , Va., from the east bank of the Rappahannock River, March 1863, as photographed by Timothy O’Sullivan. (Photo courtesy of the Library of Congress.)

Skip to content
We use cookies to ensure that we give you the best experience on our website. If you continue to use this site we will assume that you are happy with it.Ok