On Tuesday, March 3, 2019, registered voters residing in the Oneida Public Library’s Special Legislature Library District can vote in the election for the one seat on the OPL Board of Trustees that will open up July 1 and vote on the board’s proposed operating budget for the library’s upcoming fiscal year, July 1, 2020–June 30, 2021.

The only announced candidate for the open board seat is Michael J. Kaiser, currently chair of the City of Oneida Civil Service Commission and member of the city’s Traffic Safety Advisory Board. The operating budget being proposed for the OPL’s FY 2020-2021 is $433,497. 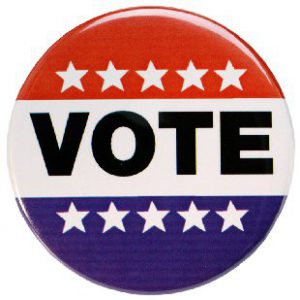 The proposed budget reflects an increase of 2.29 percent over the current fiscal year’s operating budget, while the proposed tax levy of $391,497 shows a 2.60 percent increase over that of the current year’s levy.

“The library board and the staff worked diligently to keep the proposed operating budget within the statutory limits of the state tax cap,” Board President G. Richard Kinsella, Jr., said. “This was especially challenging in consideration of the state’s mandatory increase in minimum wage that affected the wages of all staff members. Added to that is the fact that we are in a transition year during which we will be operating for several months two facilities, the one on Broad St. and our new facility now going up at 459 Main St. and expected to be open for business in late summer.”

This year’s library vote is officially scheduled for Tuesday, March 3, from 12:00 noon to 9:00 p.m. in the current library’s Meeting Room, 220 Broad St. Eligible registered voters must reside in the OPL Special District, which is co-extensive with the Oneida City School District. The district comprises: the City of Oneida, the Village of Wampsville and portions of the towns of Lenox and Lincoln in Madison County; and, in Oneida County, the Village of Oneida Castle, the hamlet of Durhamville and portions of Sylvan Beach and of the towns of Vernon, Verona and Vienna.

Trustee candidate Michael J. Kaiser, a native of the City of Oneida, served in the U.S. Air Force during the Vietnam War. He then served for 27 years in the New York State Police, principally as a communications specialist. In 2009, he ran for a seat on the Oneida City Council and won, serving on the council from 2010 through 2012. He continues to work for the city as a member of the Civil Service Commission and of the Traffic Safety Advisory Board. A father of two and grandfather of three children, he still finds time to volunteer for Public Access Channel 99 and the Disabled American Veterans (DAV) Transportation Network, which operates a fleet of vehicles driven by volunteers to provide free transportation to disabled veterans to VA hospitals.

The OPL Board invites interested members of the public to meet the board candidate and attend its open hearing on the proposed budget in the library’s Meeting Room on Tuesday, February 25, at 7:00 p.m.

Absentee ballot applications are available from the OPL for registered voters residing in the OPL Special Library District who will be away from the district on the day of the library vote or are temporarily or permanently ill or disabled. Application forms and instructions for casting an absentee ballot are available at the OPL Circulation Desk, 220 Broad St., Oneida, or online at the OPL web site (www.oneidapubliclibrary.org) for printing out. Applicants who are duly registered to vote in the library district will be mailed absentee ballots at the designated address on the application.

The OPL Board will hold its regular monthly meeting on Tuesday, February 25, 2020 at 5:00 p.m. in the library’s Meeting Room, prior to the 7:00 p.m. public Budget Hearing and introduction of candidates for the open seat on the Board of Trustees that is up for a vote on March 3, 2020. The Meeting Room, 220 Broad St., Oneida, permits barrier-free access to the physically handicapped. The public is invited to attend the regular board meeting as well as the Budget Hearing.

The Oneida Public Library Board of Trustees has appointed March 3, 2020,  for the Library Budget Vote and Election. All registered voters who reside within the OPL Special Library District, which is co-terminus with the Oneida City School District, are eligible to vote March 3 when the polls are open, 12:00 noon to 9:00 p.m., in the library’s Meeting Room. However, if eligible voters intend to be out of town March 3, are chronically ill or are housebound for any reason, they may request an absentee ballot by filling out the Absentee Ballot Application available here and forwarding it to the OPL Director at 220 Broad St., Oneida, NY 13421.

The new OPL rises from the earth

459 Main Street, January 14, 2020. During a spell of good weather in January, work on the new library facility went at a fast pace. Here, the interior wall metal framework, complete with window frames reveals the dimensions of the Children’s Activity Room, where storytelling, crafts and special projects will be done. (Photo by T. Murray)

459 Main Street, January 14, 2020. With a view towards the main entrance of the new facility, the Local History Room can be seen in outline with the metal wall framing in place. (Photo by T. Murray) 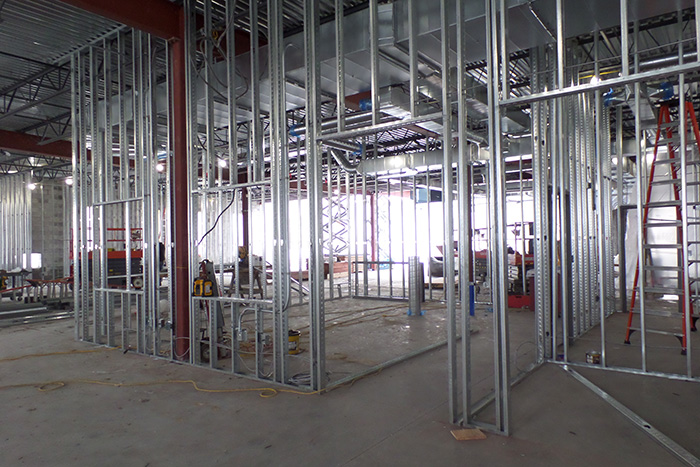 More 19th-century newspapers added to OPL’s Digital Archives Thanks to a grant from the Central New York Library Resources Council and a donation from the Friends of the Oneida Public Library, the OPL’s Digital Archives of the Oneida Public Library now has the digital versions of 10 microfilm reels of Oneida 19th-century newspapers: The Democratic Union (Feb. 1872-Sept. 1875 and Jan. 1885-Dec. 1901) and the Oneida Free Press (April 1880-March 1886).

The OPL has Oneida High School yearbooks online Oneida High School yearbooks from 1936 through 2018 have been successfully digitized, electronically indexed and, as of today, posted online at the web site of New York Heritage, thanks to a Regional Bibliographic Databases Program grant to the Oneida Public Library from the New York State Library, as administered by the Central New York Library Resources Council in Syracuse. Those interested in exploring the yearbooks online can go directly to the New York Heritage site at: https://nyheritage.org/collections/oneida-yearbook-collection

Be a Library Champion

Madison County Reads Ahead is a free one-on-one tutoring service for adult basic education, English for speakers of different languages and GED preparation.

1875 Atlas of Madison County
from the OPL History Collection is now on line on the New York Heritage web site. Click here for high-resolution images of the maps of all towns, villages and hamlets in Madison County, N.Y., with the names of individual property owners in 1875.